The federal government said Thursday that it will allow medical marijuana patients to grow their own pot, a move viewed as a band-aid solution before broader legislation is introduced next year.

The decision creates uncertainty for Canada’s licensed medical marijuana producers, who are currently the only legal source of medical pot. However, it is not viewed as a game-changer for them, and some even see it as a business opportunity. Most stock prices in the pot sector declined on Thursday, but only modestly.

Health Canada announced that beginning Aug. 24, patients will be allowed to produce a “limited amount” of cannabis for their own purposes, or designate someone to grow it for them.

It is highly unlikely that Ottawa wanted to go down this path, as it will make the sector much tougher to regulate. However, it had no choice. In February, a federal court ruled that the current medical marijuana regulations restrict access to cannabis, and patients should have the right to grow their own. The court gave the government six months to adjust the rules.

“Health Canada is confident that these new regulations provide reasonable access to cannabis for medical purposes and address the issues identified by the federal court,” Jacqueline Bogden, assistant deputy minister for cannabis legalization and regulation, said on a conference call.

In the spring of 2017, the federal government plans to introduce its defining marijuana legislation, in which it wants to legalize and control access to recreational pot. The regulations announced Thursday provide a temporary solution for the industry until the new rules come into place.

“I don’t think (authorities) like or support this system, but they’re enduring it for the next eight or nine months,” Bruce Linton, the chief executive of medical pot producer Canopy Growth Corp., said in an interview.

Health Canada also reiterated it is completely opposed to illegal dispensaries, which continue to operate despite a recent police crackdown in Toronto.

The new regulations could encourage some medical marijuana patients to switch from the licensed producers to home growing. But Linton predicted there would be virtually no impact on his business. He said customers like getting a cheap, reliable product in the mail and noted that the people who prefer home growing are probably doing it already.

We’re all in favour of increasing access (to medical marijuana)

“The ‘grow it yourself’ thing has a historic attachment to a smallish group,” he said.

Regardless, the pot companies are already looking at ways to take advantage of the new rules. Canopy announced it will help customers grow pot at company-owned facilities. Aurora Cannabis Inc. plans to provide kits to help people grow at home.

Home-grow was the norm for medical marijuana patients until 2014, when Health Canada introduced rules requiring them to buy pot from licensed producers. Patient growth has accelerated since then, with about 70,000 to 80,000 people signing onto the program. That suggests doctors and patients are generally more comfortable with the licensed producers than home-growing.

Thursday’s decision from Health Canada still leaves some uncertainty around distribution. Currently, licensed producers sell all of their products through the mail. But Canadian pharmacies are lobbying heavily to take control of distribution.

Health Canada said it is “continuing to study” pharmacy distribution, but did not elaborate. 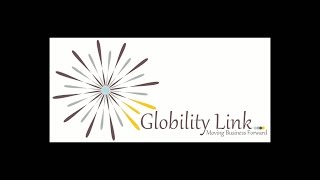